Any person who has come to witness the grandness of waterfalls will surely say that all the efforts and sweat are all worth it and if you were in search of spectacular waterfalls you’d likely exert more.

Don’t fret about the long hours of hike because at the end of a hike’s event is a cool refuge and a beautiful scenery that will remind you that this world is indeed a paradise.

United States may be known to be about glitz, glamour and power but they also do have their own share of natural beauties. Every state in America has its own fair share of beautiful waterfalls each with its own unique features – and yes, even Kansas has waterfalls too! In fact, United States has some of the world’s most spectacular waterfalls.

Make sure you’re fully prepared for the hikes. Think about the essential hiking gear like your hiking boots, backpack, GPS handheld and enough to eat and drink! 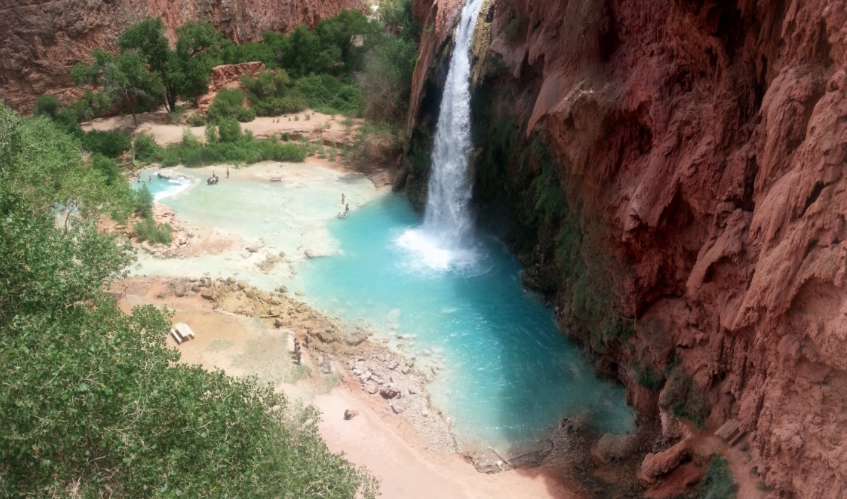 Never mind the aching muscles and sweat because by the end of your hike is a spatter of the Blue Carribean right at the bottom of the Havasu Canyon that is found on the Havasupai India Reservation. It’s actually just adjacent to the Grand Canyon National Park so when you’re hiking the Grand Canyon, you can just go ahead and proceed with this trip.

And because it’s on Arizona, you know that you’ll be braving against the scorching heat of the sound. Don’t worry, this won’t feel like forever because the gorging Havasu Falls will reward you with refreshing waters as it naturally has 70-degree Farenheit temperature.

If this sounds fun and exhilarating for you, you can access this majestic waterfalls by hiking or horseback. Havasu Falls is a 10-mile trip beginning from the jump off point to the falls which is two miles after Supai Village.

Hikers will find it excellent to walk towards the fall especially during spring and fall because of its moderate temperatures. However, this picturesque waterfalls is limited to only a number of visitors and would be best if you reserve ahead of time. 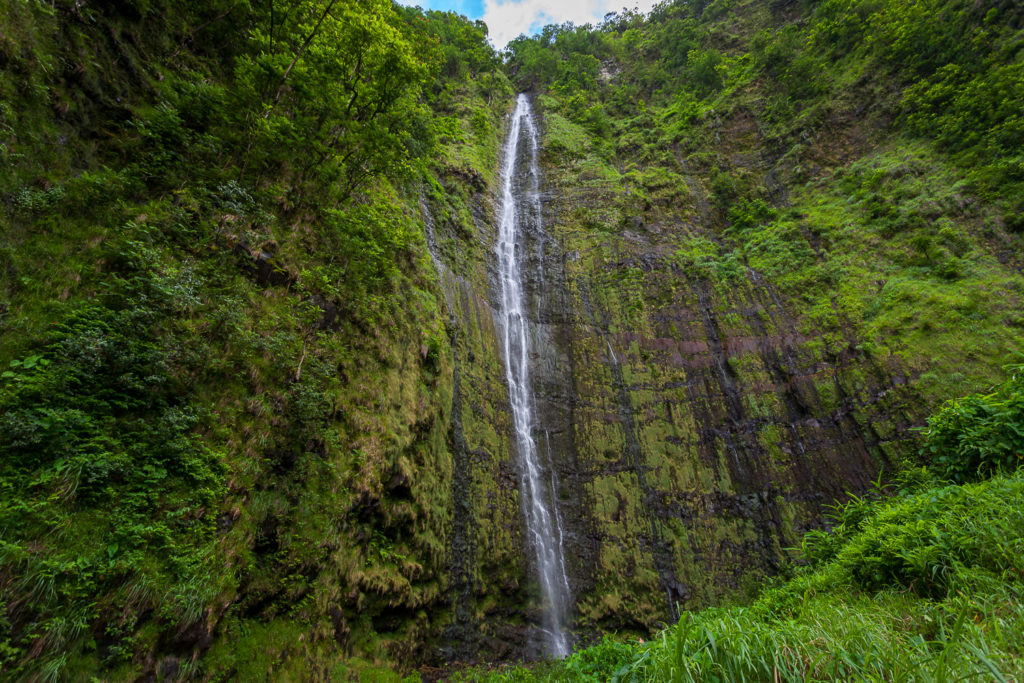 Lying on the Haleakala National Park of Maui in the Kipahulu District is a 400-foot Waimoku Falls. This majestic waterfalls flows through thick bamboo forest passing through steep lava-rock walls, with mosses covering these rocks ad lost of lush vegetation.

The Waimoku Falls are found on the Pipiwai Trail – a 800-feet high and 4-mile roundtrip hike. Hikers will be treated with the best views of the natural sceneries along the way.

If you want to swim, it may be possible in the Kipahula District. However, this activity is discouraged under the Waimoku Falls because the pool below it is not that deep and there are possibilities that you’ll be hit by falling rocks. Anyway, you’ll always find better pools while on your way towards the Waimoku Falls. 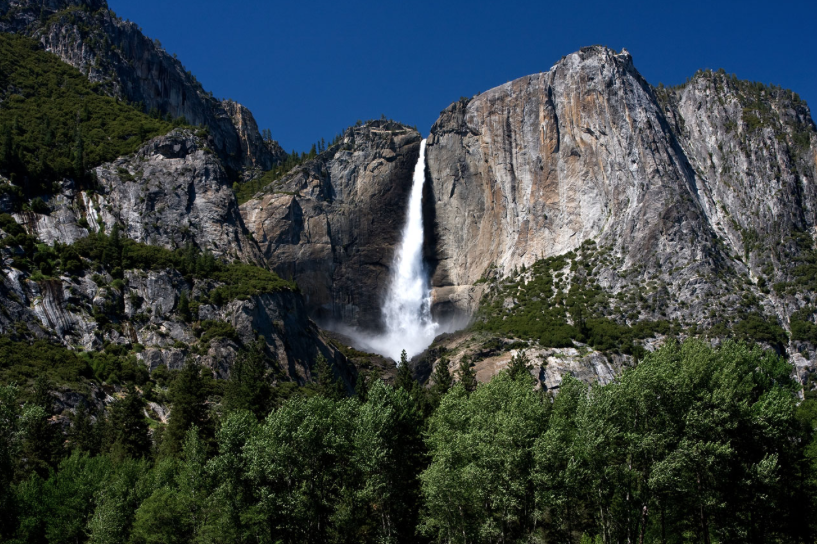 Flowing 2,425 feet, the Yosemite Falls is considered to be one of the tallest waterfalls in the world. More than that name, it is also Yosemite National Park’s crown jewel because of its numerous cliff-diving waterfalls.

There are lots of beautiful spots where hikers will surely love to venture to. You can go on the Mist Trail where hikers will have to hurdle over 600 granitre steps to get to the top of the waterfall. The only catch about this spectacular waterfalls is that it dries up during Summer. 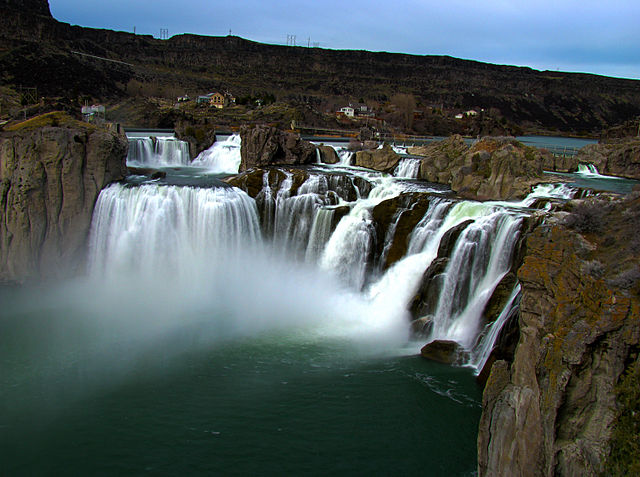 It is located at the edge of Twin Falls and is such a natural beauty found on the Snake River. Shoshone Falls showcases different activities every adventurer will surely love.

Another thing to look forward to for this waterfalls is that it can extend up to 900-foot wide canyon as it falls down massive waters into the flowing Snake River. Hikers will be best seen during spring and early summer.

Aside from hiking, you can also go canoeing, paddle boarding and kayaing along the Snake River. 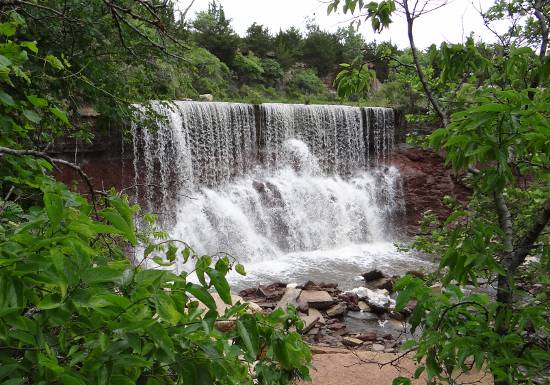 When it comes to topography, Kansas is probably the least you’d expect to see a waterfall but actually there’s such type of body of water in the pancake-like Kansas, the Cowley Lake Falls.

It isn’t the kind of waterfalls scene you’d picture it out to be as it surrounded by lots of rocks on its pool. The climb, over the years have been made easier for visitors. It is not as tall as the earlier mentioned waterfalls but what makes it to the list is because of its rarity. It’s like seeing an ocean in the middle of a desert. 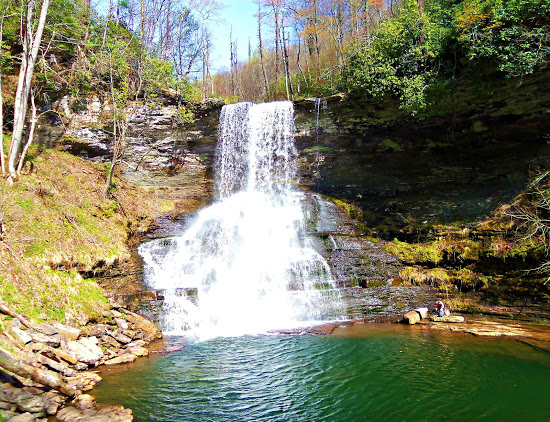 Cascade Falls has been nmed so because of how this falls flow down. This body of water in Virginia comes from the creek waters and eventually drop down a 69-foot rocky ledge down to the pool.

The cascading waters fall through several ridges, while some of it fall down all at once. Getting there will require visitors to do a 2-mile hike on the Little Stony Creek. There are hikers however who opt for another 2-mile hike on the upper trail. The beginning of the trail is at the Cascades Recreation Area which is also open for horseback riding and bicycle.

Hiking during winter will see lots of ice formations that are hanged around its 200-foot wall. To get a good look of it, visitors may go up through its wooden stairs and platforms.

The grandest of them all, Niagara Falls is the most famous waterfalls in the US. It’s perhaps the best not only because it’s grand but also because it’s powerful, enormous and really breathtaking.

It has two sides – on the US and Canada. Whichever path you plan to take there’s always something in store for a hiker like you.

Its prowess makes it a good source for hydroelectric power plants and because its grand and famous, commercialism has taken its toll on this waterfalls. There are lots of ways to hike and stroll this waterfall world wonder as well as lots of sights and sceneries that will truly amaze you. 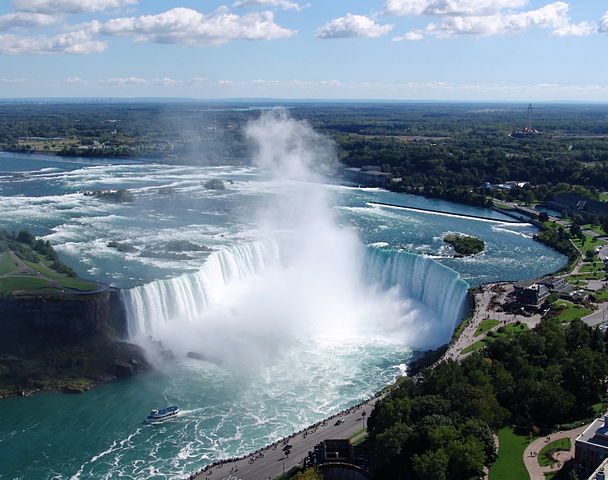 The Best Hiking Locations in the World 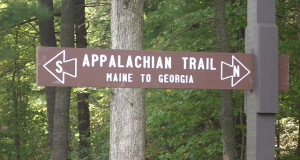 35 Reasons to Hike the Appalachian Trail 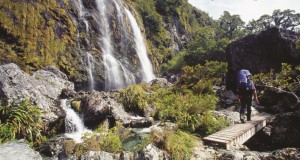 This site uses Akismet to reduce spam. Learn how your comment data is processed.

As an Amazon Associate, we earn from qualifying purchases